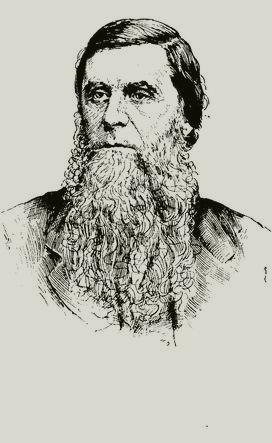 DALY, Charles Patrick, jurist, born in New York City, 31 October 1816. He received a little schooling, early went to sea before the mast, serving three years, and later became a mechanic's apprentice. Afterward he studied law in his native City, was admitted to the bar in 1839, elected a member of the legislature in 1843, became justice of the court of common pleas in 1844, first judge in 1857, and chief justice from 1871 to 1886, his term expiring by limitation of age, when he returned to the practice of his profession. In 1860 he received from Columbia the degree of LL.D. Justice Daly has for many years been president of the American geographical society, lectured at Columbia law-school, delivered discourses before learned societies, and made public addresses. He has visited Europe on five occasions. It has been said of Justice Daly that, as a lawyer, no large fee has ever tempted him to enlist his services on behalf of an undeserving cause. He is the author of numerous biographical, scientific, and legal papers, most of them issued in pamphlet-form. His publications embrace " Historical Sketch of the Judicial Tribunals of New York from 1623 to 1846"(New York, 1855); "History of Naturalization and its Laws in Different Countries "(1860); "Are the Southern Privateersmen Pirates?" (1862) ;"Origin and History of Institutions for the Promotion of Useful Arts by Industrial Exhibitions" (Albany, 1864); "When was the Drama introduced in America?" (1864); 13 vols. of " Reports of Cases in the Court of Common Pleas, City and County of New York" (New York, 1868-'87); "First Settlement of Jews in North America" (1875); "What we know of Maps and Map-making before the Time of Mercator" (1879).