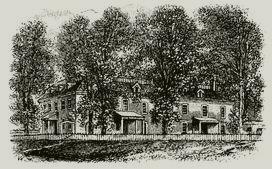 PHILIPSE, Frederick, proprietor, born in Fries-land, Holland, in 1626; died in New York city, 23 December, 1702. He was of noble birth, but came to New Amsterdam without money or friends about 1640. He worked at the carpenter's trade for several years, aided in building the Old Dutch church, and is said to have made the pulpit with his own hands. He finally established himself in trade, and from 1662 began to accumulate what subsequently became vast wealth. Having married the rich widow of Peter Rudolphus De Vries, by whom he acquired large estates, he engaged in the East and West Indian trade, and imported slaves from Africa. After the death of his first wife he married Catherine, daughter of Oloff S. Van Cortland, in 1690, who was also the heir to a large fortune. Philipse secured to himself, by purchase from the Indians and grants from the government, all the " hunting-grounds" between Spuyten Duyvil and Croton river. In 1693 a part of this estate was formally erected into a manor, by royal charter, under the style and title of the" Manor of Philipseborough," with the privileges of lordship. It era-braced the present town of Yonkers and 150 square miles of land. In 1682 he built the manor-house, a stately edifice for its day, with spacious rooms, and a broad staircase that had been imported from Holland, as seen in the accompanying illustration. The house was situated in the midst of fine trees, which were from foreign graftings. It was altered and enlarged by his grandson, purchased by the corporation of Yonkers in 1867, and is now (1888) the town-hall. His other patent of Fredericks-borough, or Sleepy Hollow, comprised 240 square miles, and in 1683 he built there Castle Philipse, a stone fortification for protection against the Indians. In 1699 he also erected at his own expense, opposite Castle Philipse, a substantial church, which is now the oldest religious edifice in the state of New York. He was a member of the governor's council for more than twenty years, and on terms of friendship with all the royal governors from Sir Edmund Andros to Lord Richard Bellemont. For more than half a century he was intimately associated with every event of note in city or province ; but, though he was styled the "Dutch millionaire," he incurred comparatively little political enmity, " never meddling in controversies, but, laying his hand upon his purse, waited to see which party would win."--His grandson, Frederick, born in New York in 1690; died there in 1751, spent his early life in Europe, where he was carefully educated, and on his return settled on his inherited estates, which he ruled like a feudal sovereign. He occupied the bench of the court-leet, and the court-baron at Philipseborough, administered justice and sometimes capital punishment, represented Philipseborough in the assembly for many years, and for a long time was baron and second judge of the exchequer. He also greatly altered and improved the manor-house. He was attached to the Established church of England, and through the provisions of his will his family built St. John's church at Yonkers, with a parsonage.--The second Frederick's son, Frederick, last lord of the manor, born in New York in 1746; died in England in 1785, was graduated at King's college (now Columbia) in 1773, and was subsequently a member of the assembly and a captain of dragoons in the British army. He lived in a style of magnificence that exceeded that of any of his ancestors. His wife, an imperious woman of fashion, was in the habit of driving four black horses, with her own hands, upon the roads of Westchester. He tried to maintain neutrality in politics, but early in the Revolution was suspected of allegiance to the crown, and was proscribed and banished, the manor-house being confiscated. The British government allowed him Ł62,075 for compensation. He was an ardent churchman, and gave liberally to charity. His sister, Mary, married Colonel Roger Morris (q. v.), and another sister, Susanna, became the wife of Colonel Beverly Robinson

Start your search on Frederick Philipse.