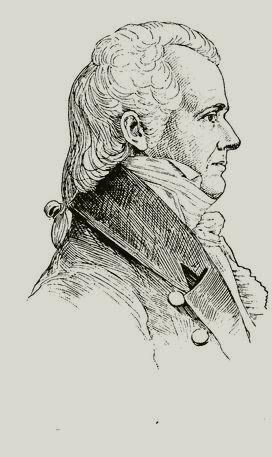 EATON, William, soldier, born in Woodstock, Connecticut, 23 February 1764; died in Brimfield, Massachusetts, 1 June 1811. His father, a schoolmaster and farmer, removed to Mansfield about 1774. At the age of sixteen the son entered the Revolutionary army, which he left in 1783, having attained to the rank of sergeant, He was graduated at Dartmouth in 1790, and in 1791 was chosen clerk of the House of Delegates, where he remained until 1797. In that year he was appointed consul to Tunis, and arrived there in March 1799. For several years he was engaged in a series of negotiations and altercations with the bey in reference to the annual payment of tribute money, and acted with a boldness and tact that secured to the commerce of his country an immunity from the attacks of Tunisan cruisers.

He returned to the United States in 1803, and, after receiving the appointment of U. S. naval agent to the Barbary States, accompanied the American fleet to the Mediterranean in the summer of 1804. The reigning pacha of Tripoli, Jussuf Caramalli, had gained the throne by deposing his brother Hamet. On learning that the latter had taken refuge in Egypt, Eaton sought him out, and with the sanction of the government proposed to reinstate him. In the early part of 1805 he assembled a force of about 500 men, four fifths of whom were Arabs, the remainder being Greeks and a few Americans. After securing the cooperation of the United States squadron, this small army, under the command of General Eaton, marched 600 miles across the Libyan Desert, to Derne, the capital of the richest province of Tripoli. On several occasions the mutinous disposition of the Arab sheiks and the irresolution of Hamet imperiled the safety of the few Christians belonging to the expedition, but the forces were finally brought to Bomba, where the "' Argus " and "Hornet," under command of Isaac Hull, were in waiting.

On 27 April 1805, fire was opened upon the town and batteries. After a bombardment of an hour, which drove the enemy from their guns, the land force, numbering about 1,200, carried the works by storm, and Commander Hull raised the United States flag, which floated for the first time over a fortification on that side of the Atlantic. The gulls were turned upon the town, which capitulated after a furious assault from the other side, in which Eaton was severely wounded. A few days later an army of several thousand Tripolitans, dispatched by the bey, approached the town, and for several weeks sharp skirmishes took place between the opposing forces. At the moment when Eaton was preparing to fall upon Tripoli by a rapid March intelligence arrived that Tobias Lear, the U. S. consul general at Algiers, had negotiated with the reigning bey a treaty, among whose provisions was that $60,000 should be paid for the ransom of the American captives.

Hamet retired to Syracuse, and the pacha retained custody of his wife and children. Eaton accused Colonel Lear of treachery, and of betraying the interests of the government. On his return to the United States, General Eaton was well received, and honorably mentioned in the president's message, but failed to obtain compensation from the government for his pecuniary losses, or such recognition as he expected. Massachusetts, " desirous to perpetuate a remembrance of heroic enterprise," granted him 10,000 acres of land, and in acknowledgment of his release of the Danish captives he was presented with a gold box by the king of Denmark.

In 1806 Aaron Burr endeavored ineffectually to enlist Eaton in his conspiracy, and on his trial in Richmond the latter was one of the most important witnesses against him. Eaton's last years were spent in Brimfield, Massachusetts, which town he represented in the legislature. See "Life of General Eaton " by Festus Foster (Brookfield, 1813), and a memoir by President Cornelius C. Felton in Sparks's " American Biographies."

His son, Nathaniel Johnson Eaton, died in Alton, Illinois, 29 March 1883, was graduated at the U. S. military academy in 1827, but left the army in 1837, and was port warden of St. Louis, Maine, from 1850 till 1877.William's first cousin, Amos, botanist, born in Chatham, New York, 17 May 1776; died in Troy, New York, 6 May 1842, was graduated at Williams in 1799, studied law under Elisha Williams and Joseah O. Hoffman, was admitted to the bar in 1802, and afterward became agent and surveyor of the Livingston estates on the Hudson river. He studied chemistry, mineralogy, and botany, in 1810 delivered at Catskill a popular course of lectures on botany, and began lecturing on the natural sciences at Williams College in 1817.

His lectures were also delivered in several New England cities, and in 1818, by request of Governor Clinton, were repeated before the legislature of New York. As a result of his suggestion at Albany, "The Natural History of New York" was published. In 1820 General Stephen Van Rensselaer employed him to make a geological and agricultural survey of several counties and of the regions through which the Erie Canal afterward passed, and it was the initiation of such surveys in this country, reports of which were published. Also in 1820 he was elected professor of natural history in the medical College at Castleton, Vermont. When Van Rensselaer established the Polytechnic institute at Troy in 1824, Mr. Eaton became its principal and senior professor. He was author of numerous works, including an "Index to the Geology of the Northern States" (Albany, 1818); "Geological and Agricultural Survey of the District adjoining the Erie Canal" (1824); " The Philosophical Instructor" (1824); "Manual of the Botany of North America," the first popular Textbook on that science published in the United States (1833); and a "Treatise on Engineering and Surveying" (New York).

His son, Amos Beebe Eaton, soldier, born in Catskill, New York, 12 May 1806; died in New Haven, Connecticut, 21 February 1877, was graduated at the U. S. military academy in 1826. He took part in the Seminole war, was appointed chief commissary of subsistence of General Taylor's army at the beginning of the Mexican war, and was brevetted major after the battle of Buena Vista. He was depot-purchasing commissary in New York from 1861 till 1864, when he was appointed commissary general of the subsistence bureau in Washington, D. C. After being promoted successively to the rank of lieutenant colonel, colonel, and brigadier general, he was brevetted major general in 1865, and was placed on the retired list in 1874.

Amos Beebe's nephew, Daniel Cady Eaton, born in Johnstown, Fulton County, New York, 16 June 1837, was educated at Gattingen gymnasium, Yale, where he was graduated in 1860, and the University of Berlin. He was professor of the history of art in Yale from 1869 till 1876, and is the author of a "HandBook of Greek and Roman Sculpture" (Boston, 3d ed., 1886), and numerous pamphlets on art and education, including one on "Yale College in 1883," published anonymously, which attracted much attention (New Haven, 1883).

Start your search on William Eaton.